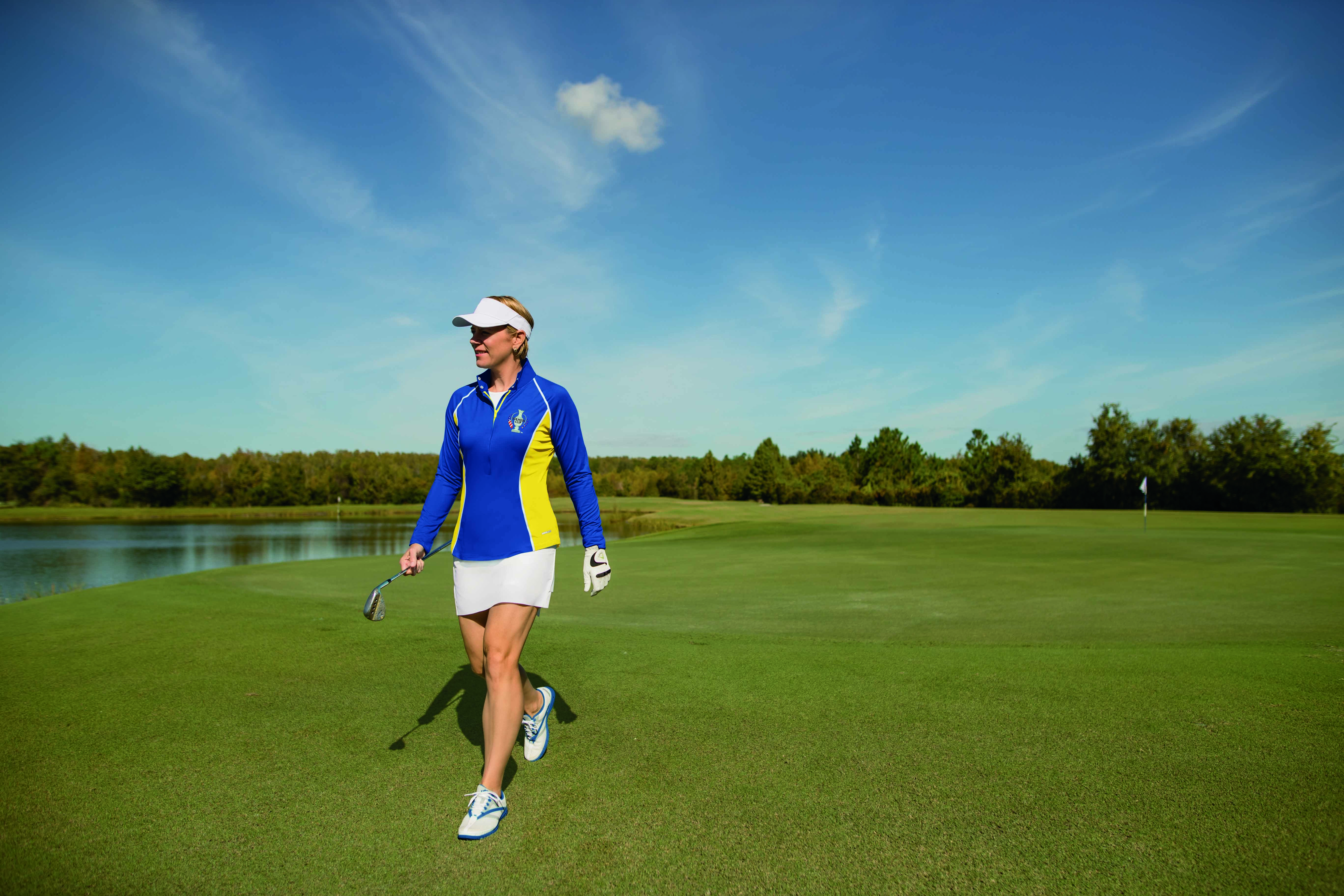 SEATTLE (Jan. 24, 2017) — Cutter & Buck has been named official apparel partner for The 2017 European Solheim Cup team. The Solheim Cup biennially pits the top professional women golfers from Europe versus the United States.  This year’s event will be hosted by the U.S. and held Aug. 14-20 at Des Moines Golf and Country Club in Iowa.

Cutter & Buck’s Jake Rawson said the company will work on the team’s uniform design in collaboration with Annika Sorenstam, legendary golfer and longtime Cutter & Buck brand ambassador, who is the 2017 European team captain.

“We are extremely honored to be working with Annika to outfit the European Solheim Cup team in the ANNIKA Collection,” said Rawson, Cutter & Buck Global Director of Sales—Golf. “She has had a strong voice throughout the design process and each piece from the Collection will combine incredible functionality along with stylish details.”

“The Solheim Cup has always been one of my favorite events,” said Sorenstam. “The passion and camaraderie that takes place that week is fantastic. As the 2017 Captain, it’s a tremendous honor to have Team Europe wear my collection.”  Representing Europe in the Solheim Cup on eight occasions between 1994 and 2007, Sorenstam was the event's all-time leading points earner (37 total points and a record of 22-11-4) until her record was surpassed by England's Laura Davies in 2011.

The European team will primarly wear brightly hued uniforms in the Ladies European Team colors of blue and yellow. The team’s headwear will be created by AHEAD, a sister company of Cutter & Buck, noted for its exceptional headwear design and ornamentation.

This is the 15th Solheim Cup to be contested, with the U.S. holding a 9-5 series lead.

Established in 1990, Cutter & Buck is based in Seattle, the company prides itself on the design, manufacturing and distribution of versatile sportswear that meets the demands of an active lifestyle. With an expanding line of products for the golf, corporate, collegiate and professional sports, and specialty retail markets, the company is proud to provide its customers with safe and compliant products as a certified QCA supplier since 2011. Cutter & Buck has partnerships or licenses with the NFL, NCAA, MLB, PGA of America, USGA, PGA TOUR and USTA.  The company is the exclusive North American distributor of Clique, a premier sportswear basics brand in the European marketplace. Cutter & Buck is available worldwide in golf pro shops, fan shops, resorts, specialty retailers, through premium promotional product distributors, and at cutterbuck.com.  Follow on Twitter: @CutterandBuck, Facebook: @OfficialCutterBuck, and Instagram: @CutterandBuck.

About The Solheim Cup

The Solheim Cup combines the tradition and prestige of the game of golf with passion for one’s country and continent. This biennial, trans-Atlantic team match-play competition features the best U.S.-born players from the Ladies Professional Golf Association (LPGA) Tour and the best European members from the Ladies European Tour (LET).

The Solheim Cup is named in honor of Karsten and Louise Solheim of Karsten Manufacturing Corporation, parent company of PING. In 1990, the Solheim family, in conjunction with the LPGA and the LET, developed the concept and became the sponsor for The Solheim Cup, professional golf’s international match-play competition for women. Held every two years, the event has grown into the most prestigious international women’s professional golf team event.

Global Partners for the event are PING, Rolex and DuPont. For more information about The Solheim Cup and updated standings for each team, log on to www.solheimcup.com and follow on Twitter (@Solheim_Cup) and Instagram (@solheim_cup).

Annika is the greatest female golfer of our generation, and often regarded as the best of all-time.  During her 15-year Hall of Fame career, she rewrote the LPGA and Ladies European Tour record books, won countless awards, and changed the way women’s golf was played, viewed, and covered.  She amassed 89 worldwide victories, including 72 on the LPGA, ten of which are Major Championships.  She has a record eight Rolex Player of the Year awards, holds the record for the lowest scoring average in a season (68.69 in 2004), and three of the lowest four of all-time. She has a record six Vare Trophies for the year’s lowest scoring average of the year. She represented Europe in eight Solheim Cups. She is the only female to break 60 in an official event, which garnered her the nickname, “Ms. 59.”

Annika stepped away from professional golf after the 2008 season to focus on her family and the ANNIKA brand of businesses, including the ANNIKA Academy, ANNIKA Course Design, and the ANNIKA Collection of apparel with Cutter & Buck.

In addition to expanding her brand and growing the game, Annika and her husband Mike McGee have two children, Ava (9/1/09) and Will (3/21/11). Annika represents world class companies that include 3M, AHEAD, Callaway, Cutter & Buck, Golfing World, Lexus, Pacific Links International and Rolex. Annika’s Twitter handle is @Annika59 and more information can be found at www.annikasorenstam.com.